Previous conversions I made on M92 required a specific game as donor as code was decrypted and then re-encrypted to use the donor game encryption table.
But unencrypted code can also be run on M92 by moving the two jumpers next to the sound CPU (Nec V35) from position S (secured?) to N (normal?).
This way any game can be converted to any other game by using unencrypted ROMs.
My first attempt was Gunforce, tested fully working in MAME [EDIT]and on real hardware as I now own a MT2 board. 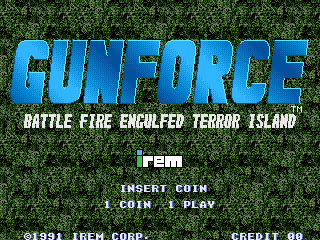 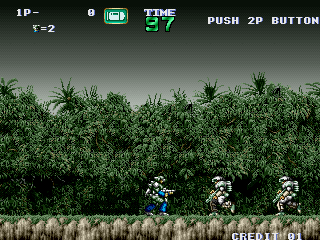