This module has been a real nightmare for me for years as its failure rate is quite high...
Unfortunately to save a game you have to sacrifice an other one as there's only one module per game. 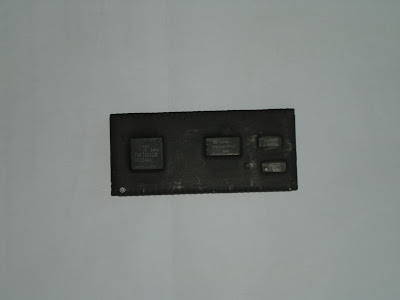 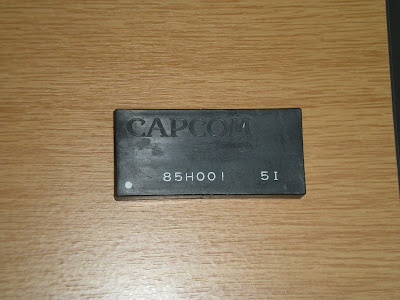 I already designed a replacement module which I tested on Trojan and GnG based on my observations and schematics of earlier games but I couldn't guarantee it was a 100% perfect replacement.
So recently I took the decision of decapping the ceramic module of my Makaimura first run (as it seemed a lot easier to me to dissolve ceramic rather than plastic).

Before soaking it in a basic (soda) solution I removed with a sharp knife the ceramic layer on top on each IC to be able to read references in case the soda washes them out (which it did!): 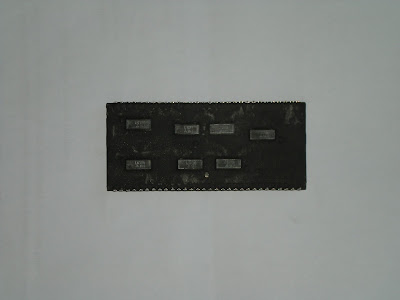 The module after a 24h soda bath (I added references): 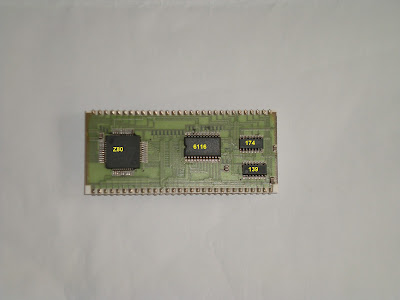 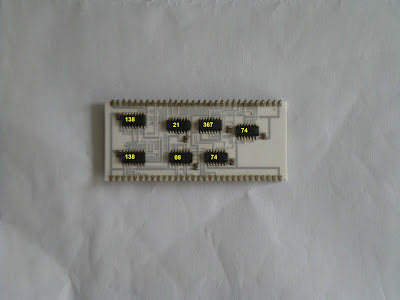 I then drew the schematics and assembled a prototype with through hole parts: 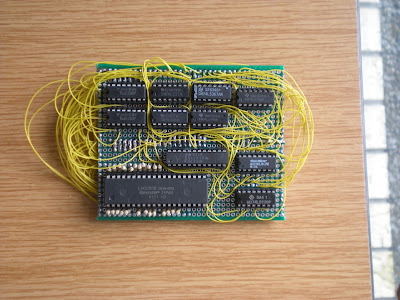 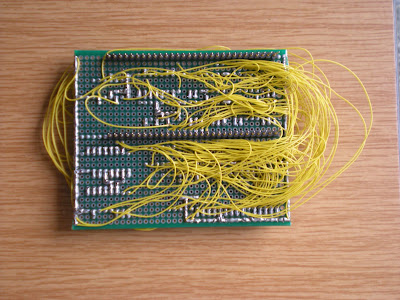 And tested it successfully on real hardware!

Next step is to route a board the exact same size the original one with SMD parts.
Stay tuned!

[EDIT]
The prototype tested on Trojan: