This is the 'new' version of the game with audio of lesser quality amongst other differences.
Board was really clean, no visible damage or severed trace. However graphics were heavily corrupted (sorry for the pictures quality): 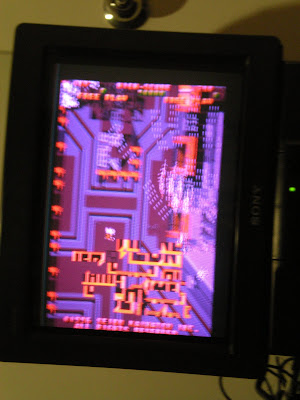 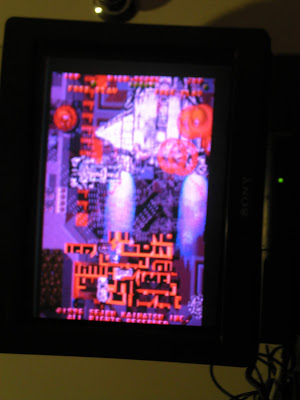 Some sprites were filled with garbage and background was messed up too.
Unfortunately this game doesn't have any kind of diagnostic menu and components being SMD it wasn't possible to do piggybacking. Also most of the chips were customs... In other words problem could be caused by either RAM chips and in this cause could be repaired, or the custom chips and the board would end up in the scrap pile.

By probing sprite RAMs I found U0726 had weak data signals: replacing it fixed the sprite issue.
Then background problem: again replacing U0527 fixed it: 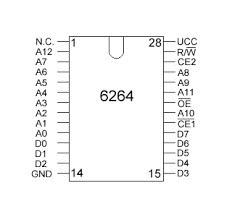 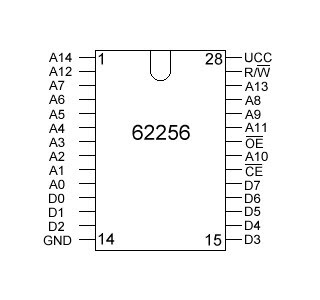 Here's a simple trick I use in this case, pin 26 isn't a problem as CE2 must be connected for the 6264 chip to work, however, pin 1 being not used it's not rare it's simply not connected to anything on the PCB, and this was the case here. When using a 62256 instead of a 6264 some run a wire from pin 1 to Vcc or ground, but I prefer to simply bridge pin 1 & 2 together, RAM chips being simple one dimension arrays, as long as you read data back at the same place where you wrote them it's fine: