As often board was dead. Upon inspection I discovered someone previously worked on the board and reflowed the custom chips (in a weird way, by this I mean with a lot of solder but surprisingly there didn't seem to be any short). Also the sample ROM on the top board was in the wrong socket and jumpers weren't set properly but this shouldn't prevent the board from booting. Last thing I noticed was a sticker on the top board saying "NO SOUND".

1) Getting the board to boot

One of the work RAM had its data bit 7 stuck low. I pulled it and it was reported faulty by my programmer. Once replaced I saw no improvement. Main CPU being 16 bit (68k) work RAMs are paired (LSB/MSB) and often when one is faulty the other one is too. So I pulled the second one (again reported bad) and game booted with many graphic faults and no sound: 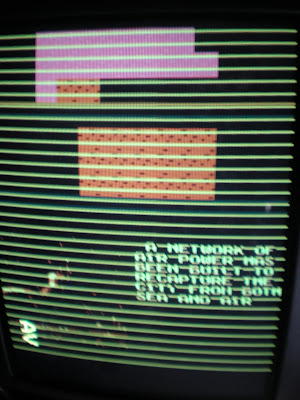 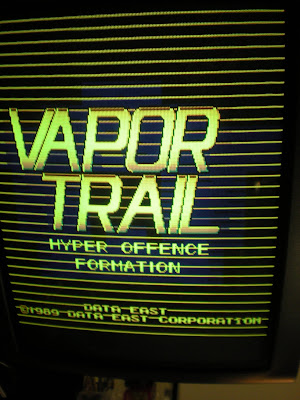 I went straight to the audio RAM and again data signals were incoherent. Once pulled it tested bad, as expected. Replacing it brought back sound.

3.1) Jailbars
Probing the top board revealed data signal D6 was absent from LS373 @A6. Probing were D7 was coming from gave me the information that D6 was linked with D6 on the LS373 next to it (@A7). I restored the connection with a piece of kynar wire and jailbars disappeared: 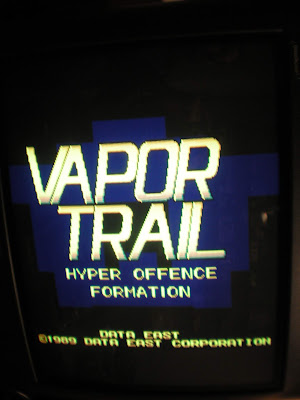 3.2) Sprites
I probed the mask ROMs on the top board and found the one named MAA-04 had weak signals on its data pins. I desoldered it and tried to read it with my programmer: it was full of $0E and $0F repeated at infinitum... I programmed a new one (27C400) and graphics were much better, sprites being perfect now: 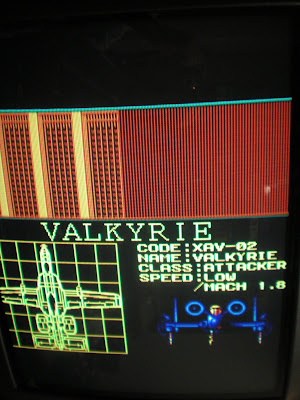 3.3) Background
Still, there was an issue with one of the background layer.
It's generated by one of the custom chip named '55'. At first I thought it was faulty cause I had the exact same issue before with an other Data East game and the '55' custom chip was the cause.
Anyway, I probed the 2 RAMs associated with that chip and again one of them had weak signals on its data pin. They are directlty connected to the custom chip so not 100% sure they were the RAM was the problem but I took the chance of replacing it after having found 3 other bad RAMs on this board. And it was a lucky bet, the background was much better after replacement but not perfect.
Some tiles were corrupted:

But sometimes background was perfect:

I was pretty sure problem was around the custom '55' @D19, it had been reflowed before so I probed each pin when pin 82 would give me connection with two traces going to the custom chip. In fact pins 81 (ground) and 82 (data signal) were bridged by an almost invisible solder bridge. I removed it and could finally enjoy the game: